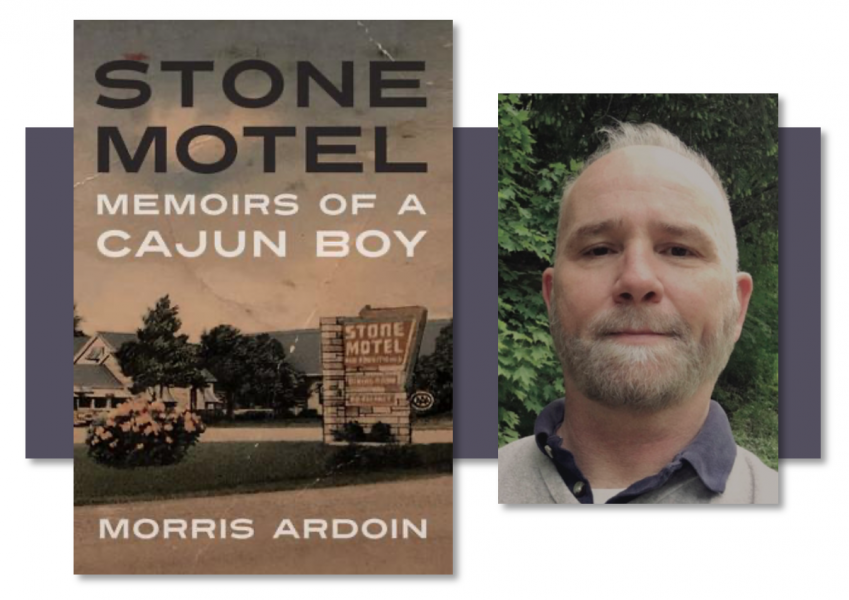 Watch the video  |  Buy the Book

Author Morris Ardoin presented his memoir of growing up in Louisiana in a virtual event Sunday, July 12 at 2 pm, 2020. Stone Motel, Ardoin's coming-of-age story of summers in the early 1970s, when he and his siblings helped run their family's roadside motel in a hot, buggy, bayou town in Cajun Louisiana.

Stone Motel "resonates with those searching for personal identity in an unaccepting time or place," says Loyola University's Valarie Andrews. In the book, Ardoin tells how the stifling, sticky heat inspired he, his siblings and the children of families staying in the motel’s kitchenette apartments, found creative ways to stay cool and out of trouble. Morris was not so successful at keeping clear of his father, a man unable to shake the horrors he had experienced as a child and, later, as a soldier. The preteen would learn as he matured that his father had reserved his most ferocious attacks for him because of an inability to accept a gay or, to his mind, broken, son. It became his dad’s mission to “fix” his son, and Morris’s mission to resist—and survive intact

Ardoin earned a bachelor’s in journalism from Louisiana State University and a master’s in communication from the University of Louisiana. A public relations practitioner in New York City and the author of the blog Parenthetically Speaking, his work has appeared in regional, national and international media.

Watch the video  |  Buy the Book