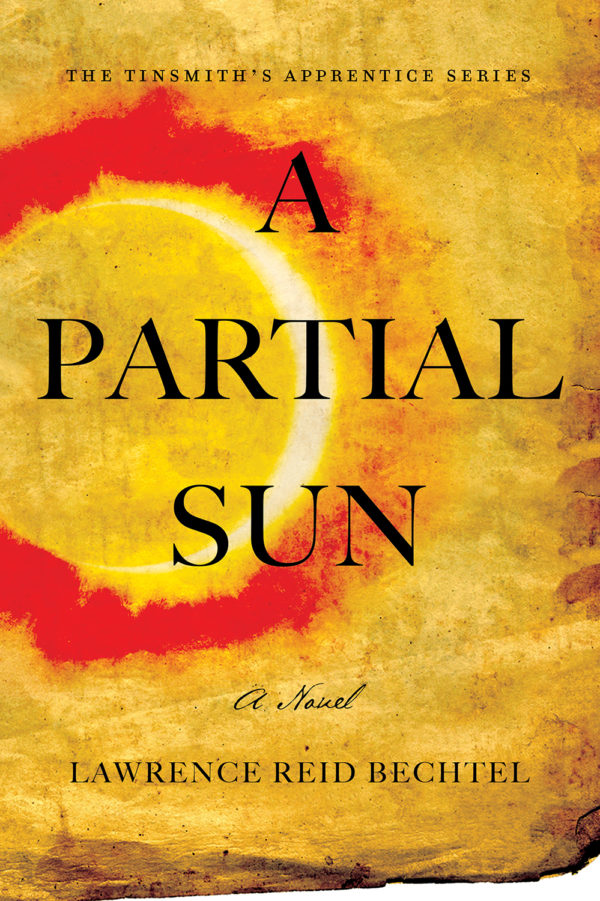 Author Lawrence Bechtel of Blacksburg will present his recently released novel A Partial Sun Saturday, December 7 at 1 pm. The novel, based on historic characters, tells the story of a slave Isaac Granger who traveled with his owner Thomas Jefferson to Philadelphia.

The book is Bectel's first novel. He retired from the Virginia Tech English Department in 2009 and is an accomplish sculptor. He is working on A Dazzling Sun, the sequel to his novel.

To reserve a seat at the event, purchase a copy of the book for 10 percent off with code AEP191207.

In 1852, after much searching through the Black districts of Petersburg, Virginia, the amateur historian Charles Campbell finally located Isaac Granger, a formerly enslaved man who worked for the late Thomas Jefferson.

Though disinterested at first in sharing his memories, Isaac was at last persuaded to tell the full story of his time in Philadelphia as a young man in the early 1790s. It was supposed to have been a simple story: he would apprentice with a Quaker tinsmith and then return to Monticello to produce tinware for sale in such abundance that Jefferson might pay down his plantation’s crippling debts. But Isaac was impressionable and more thoughtful than Jefferson knew. Philadelphia was a big city, home to a thriving African-American community, and Isaac met all manner of characters: Billey Gardner, a formerly enslaved man who worked for James Madison; the dangerous and charismatic Dr. Cornelius Sharp; the Reverent Rich Allen; the hateful Daniel Shady, who could not abide that Isaac should learn tinsmithing at his side as an equal; the tinsmith’s daughter, Rachel, who taught Isaac to read. Isaac got himself into difficulties, contemplated his place in the world, and was challenged to do more than just serve.